"Right there" I shoot back, pointing directly at the benchtop

"It's right there" I repeat, "I've been lead to believe that small lump of poultry that you've been basting for the past 30 minutes is quail..."

I don't know what the fuck a quail is either to be fair. 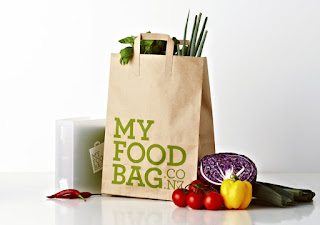 I've been doing My Foodbag. This is the concept; the ingredients to 4 hearty meals are dropped at your pad on a weekly basis, along with the relevant recipes necessary to cook the meal. It confers some real benefits;  no grocery shopping, tasty food, exotic meats, alleged health benefits, but it also has some downsides.

I arrived home 45 minutes ago after a rigorous day at the office, and over the previous 42 minutes I've chopped 3 cloves of garlic, peeled a shallot and messily diced 3 handfuls (?) of loose leaf spinach. I'm currently trying to razor my way through a chunky pumpkin with a blunt kitchen knife. It needs to be cut into 1cm cubes. Kate has been busy basting quail with red wine, rice vinegar and plum marmalade. We haven't yet started cooking, it's five to nine.

There are two bulbous oranges sitting on the bench; next they're making me juice them into a bowl. I did that last night as well. A whole of those oranges generates like a shot glass of orange juice. As I squeeze that shit with my hands into a soup bowl, bits of citrus fly all over my crisp white t-shirt. In a fury, I rip the white t-shirt off and slam it in the bin.

"Do you have the pomegranate molasses?" Kate asks, "and why are you topless?"

"I citrussed another crisp white t" I respond.

We need to combine 75 mls of the orange juice with some pomegranate molasses to drizzle atop the quail that we intend to cook at some point in the future.

A bead of sweat rolls down my forehead.

"I've got it!" Kate yells. She lifts a small plastic bag of dark syrup from the pantry.

"Is that definitely pomegranate molasses?"

I finish hand squeezing the second orange into the soup bowl and slam the peel down the insinkerator.

They're making us pan fry the quail in garlic butter at a medium heat once Kate's finished basting it. I don't know what a medium heat constitutes, but I suspect it will prove difficult given our elements have only 2 real options; luke warm and atomic heat. I guess we're going to have to flit between both temperatures for short periods, relying on Newton's law of cooling to ensure we don't over or undercook it.

Kate slaps a small packet of leaves on the bench.

"Stop being a smart-arse and dredge the kale... and put a fucking top on!".

It's Tuesday night and I'm hungrier than I've been in months. Kate and I hate each other and I'm googling "dredge". My Foodbag is the pits. 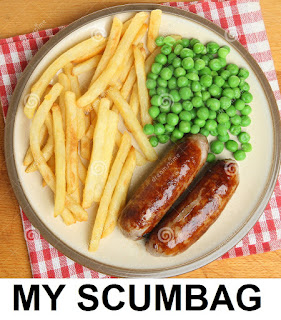 Given My Foodbag's obvious flaws, I've spotted a gap in the market. I call it My Scumbag. It's effectively My Foodbag, but once a week you get the ingredients to four scumbag feeds delivered to your door. It's for people who want to use their time on this earth to do more than endlessly prepare meals.